The cloud-hosting sector relies on razor-thin margins, with volume accounting for the majority of profits. As a result, capturing as much market share as possible is critical. Regular price decreases of their goods, particularly the all-important compute-storage combo, are one of the key ways the tech giants (Amazon, Microsoft, Google) achieve this. AWS maintains its dominance in the global cloud infrastructure services market, which is expected to reach $70 billion this year. It now has a larger market share than some of the top public cloud providers.

AWS is an umbrella offering from Amazon that comprises a variety of branded IaaS and PaaS services. The EC2 IaaS solution is the largest and most well-known of these. Others include:

Amazon owns the world’s largest data centers. They are spread over nine regions around the world, with three in the United States and six strategically placed around the globe. A tenth is being built in China just for that market and will be fully separate from the others to assuage Chinese fears about US government snooping, which have risen sharply in the wake of Edward Snowden’s revelations.

Although Azure isn’t quite as large as AWS, Microsoft has worked hard to match Amazon’s capabilities and flexibility. Azure, for example, began enabling data storage redundancy across data center regions in early 2014, a technology is known as Zone Redundant Storage (ZRS). It also added a new ‘Basic’ service level that disables auto-scaling and load balancing for clients who don’t need them, such as those who operate test environments or batch processing applications.

Azure is somewhat better for Windows-centric development and hosting because Visual Studio,.NET, and Windows programming languages like VB and Visual C++ are all supported and nicely integrated.

Azure, on the other hand, suffers from Microsoft’s occasional eccentricities. This is particularly true when it comes to Internet Explorer and the issues it creates for web developers. Other issues include issues with the Web Roles functionality and Microsoft’s own Silverlight interface, which has compatibility issues with multiple browsers at times.

When attempting to make an apples-to-apples comparison, cloud service pricing is notoriously difficult. This is due to differences in computing unit configuration and measurement, as well as differences in the myriad services provided – compute, storage, database, traffic, and so on.

Performance is influenced by the same comparative difficulties, though to a lower extent. The location of the vendor nearest the data center to the tester has a considerable impact on performance comparison. 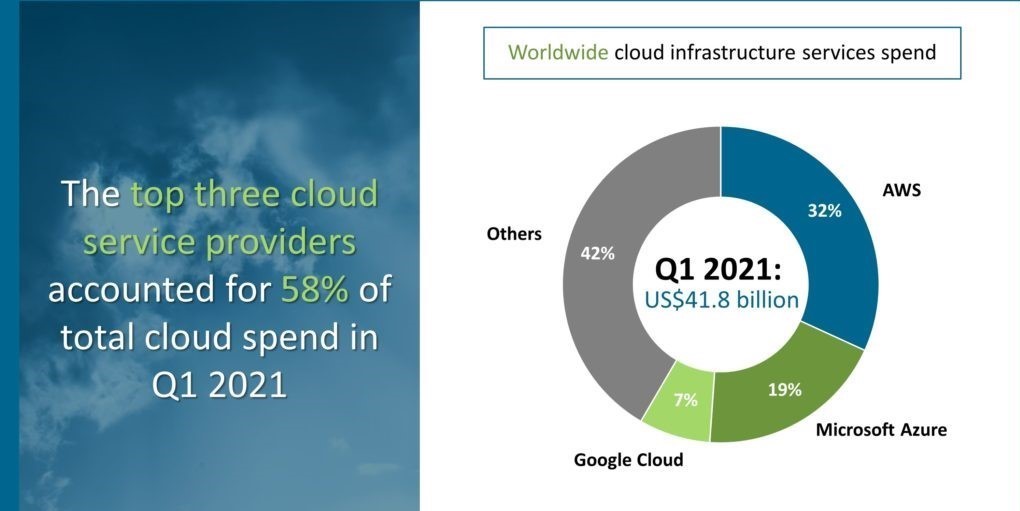 Amazon Web Services (AWS) is known for being simple to use, adaptable, and cost-effective cloud option for organizations. By utilizing a diverse set of capabilities, AWS positions itself as a one-stop-shop for computing, and IT needs.

Date of Publication:- In 2006, the company was established.

Share of the Market:- The worldwide computer market accounts for 31% of the total. 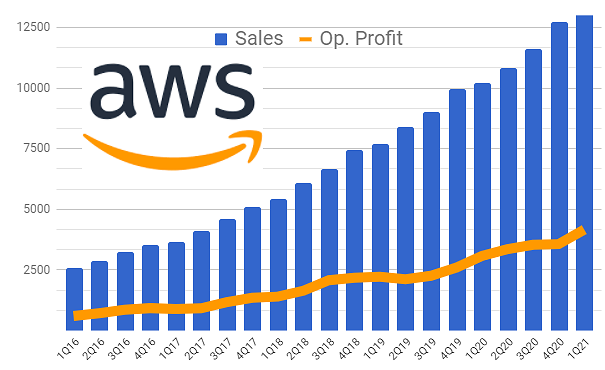 While Amazon discloses AWS revenue, Microsoft simply discloses Azure’s rate of growth. This represents a 50 percent increase in revenue over the previous quarter, which is higher than the 46 percent growth predicted by analysts. Growth was reported at 59 percent this time last year. When comparing those revenue growth percentages, you can find headlines proclaiming that “Azure growth rates are declining.” However, the metric’s usefulness is debatable, given Azure’s continued revenue growth at such a massive scale. Here are the revenue figures that Microsoft does provide.

Azure is part of the “Intelligent Cloud” division, which had a 23 percent increase in revenue to $15.1 billion. Server goods and cloud services are also included in the operational group (26 percent growth). Microsoft’s cloud business is proving to be a profitable one. This quarter, Intelligent Cloud had the largest operating income of all segments, with $6.4 billion, or 37.7% of overall consolidated operating income.

Microsoft Azure has been providing extensive cloud computing services for several businesses for over a decade. It introduces a robust platform with a familiar UI that can work in tandem with other Microsoft programs. Although Azure is not the industry leader at the moment, it has risen to be a close second. Azure is used by over 95% of Fortune 500 firms, and it provides services in over 60 global regions across 140 countries, more than any other cloud provider.

According to Canalys, the global cloud market surged 35% to $41.8 billion in the first quarter of 2021. AWS has a 32 percent market share, with Azure at 19 percent and Google at 7%. Before encountering like-minded competition, AWS enjoyed the uncommon advantage of a seven-year head start. As a result, AWS services are far and away from the most advanced and feature-rich.

Date of Publication:-In 2010, the company was established. 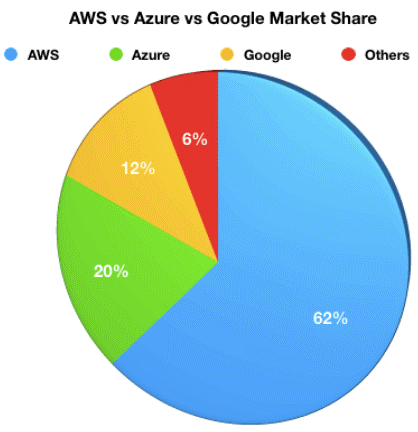 Microsoft Azure has grown its market share in recent years, but not to the point where the two businesses are in direct competition, at least for the time being.

Furthermore, both firms debut new products, integrations, and pricing models. As a result, the ultimate decision will be based on your company’s requirements.

If you want to pursue a career in the field of cloud services, IPSpecialist is the best place to start. It offers career advice and assistance. What is IPSpecialist, exactly? IPSpecialist is the answer to all of your problems. Among other things, we provide online courses, study guides, e-books, practice questions, and quick reference sheets. IPSpecialist is an e-learning platform that provides online training and career counseling to assist you in furthering your career. Check out our Azure & AWS courses now!