What Is AWS CodePipeline 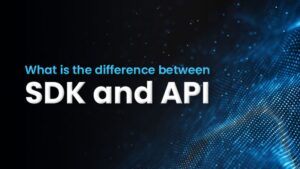 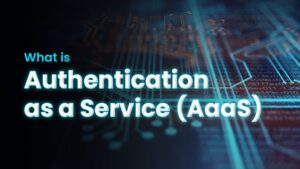 What is Authentication as a Service (AaaS)

Introduction Cloud services provide ready-to-use solutions for a variety of issues, including Authentication. Purchasing and managing authentication and management solutions can be costly and time-consuming 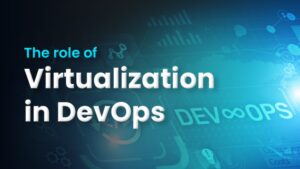 Introduction DevOps is one of the most important accelerators of rapid and consistent software development and deployment today, as it combines innovative tactics and processes

AWS CodePipeline is a continuous delivery solution that allows you to model, visualize, and automate the steps involved in software deployment. The various stages of a software release process can be simply modeled and configured. CodePipeline streamlines the actions required to release software modifications continually. This article will cover an in-depth understanding of AWS CodePipeline, its working, and its benefits. If you are interested in beginning your career in AWS, IPSpecialist is considered the best place to start your journey. Check out our AWS Courses now!

Amazon Web Services offers more services than any other cloud provider, including classic infrastructure technologies like computing, storage, and databases and emerging technologies like machine learning, artificial intelligence, analytics, and the Internet of Things (IoT). This makes moving your existing apps to the cloud and building practically anything you can imagine faster, easier, and more cost-effective.

AWS CodePipeline is a  managed continuous delivery solution that assists you in automating your release pipelines for faster and more reliable application and infrastructure changes. CodePipeline automates the build, test, and deploy aspects of your release process based on the release model you choose every time there is a code change. This allows you to provide features and upgrades consistently and timely. With AWS CodePipeline, you pay for what you use with no hidden fees or long-term commitments.

A pipeline is a workflow that outlines how software updates progress through the release process. Each pipeline consists of several steps.

A stage is a logical unit that can segregate an environment while also limiting the number of concurrent changes. Actions are performed on the application artifacts at each level. An artifact is something like your source code. A build stage, for example, is when the source code is built and tests are executed. It could also be a step during which code is delivered to runtime environments. A succession of serial or parallel actions makes up each stage.

An action is a series of operations on application code configured to run at a specific point in the pipeline. This might be anything from a source action triggered by a code update to an action for deploying the application to instances. A deployment step, for example, can include a deployment action that sends code to a compute service like Amazon EC2 or AWS Lambda.

A pipeline stage handles only one execution, but a pipeline can process numerous executions at once. A stage is locked while it processes execution, and the same stage cannot be occupied by two pipeline executions simultaneously.

What can I do with CodePipeline?

You can use CodePipeline to help you automatically build, test, and deploy your applications in the cloud. Precisely, you can:

Starting with your source repository and progressing through build, test, and deployment, CodePipeline fully automates your release process. A manual approval action can be added to any stage except the Source stage to prohibit changes from going through the pipeline. You can release whenever you want, in whatever method you want, on whatever systems you want, in one or several occurrences.

Every code update should have a consistent set of steps. CodePipeline runs each stage of your release according to specified criteria.

You may automate your release process so that your developers can test and release code progressively, allowing you to get new features to your consumers faster.

Your existing Source, build, and deployment tools can all be used in your pipeline for a complete list of AWS services.

You may monitor the status of your pipelines in real-time, look up the details of any warnings, retry unsuccessful activities, see the source revisions used in the most recent pipeline execution in each stage, and manually repeat any pipeline.

AWS CodePipeline provides a number of advantages that correspond with the DevOps idea of continuous deployment:

You can quickly and easily test each code update and catch errors while they are minor and easy to solve by automating your build, test, and release process. By putting each change through your staging and release process, you can ensure the quality of your application or infrastructure code.

You may start modeling your software release process with AWS CodePipeline. CodePipeline is a fully managed continuous delivery solution that links to your existing tools and systems, and there are no servers to provision or set up.

The AWS CLI, AWS CloudFormation, or the AWS SDKs use the terminal interface. You may easily define which tests to run and tailor the steps for deploying your app and its dependencies.

AWS CodePipeline can be customized to meet your requirements. You can utilize our pre-built plugins or your bespoke plugins at any step of your release process.

AWS CodePipeline is a “continuous delivery solution for rapid and reliable application upgrades,” according to developers. Every time your code changes, CodePipeline builds, tests, and releases it according to the release process models you create. GitLab, on the other hand, is described as “an open-source self-hosted Git management system.” GitLab allows you to manage git repositories, code reviews, issue tracking, activity feeds, and wikis. Businesses install GitLab on-premise and connect it to LDAP and Active Directory servers for safe authentication and permission. A single GitLab server can manage more than 25,000 users, although numerous active servers can be used to form a high-availability setup.

AWS CodePipeline is under the “Continuous Deployment” category of the tech stack, whereas GitLab falls under the “Code Collaboration & Version Control” category.

GitLab, on the other hand, has the following major features:

AWS CodePipeline is a continuous integration and delivery solution for updating applications and infrastructure quickly and reliably. You can help your teams go quicker while simultaneously improving security and compliance using AWS CodePipeline.